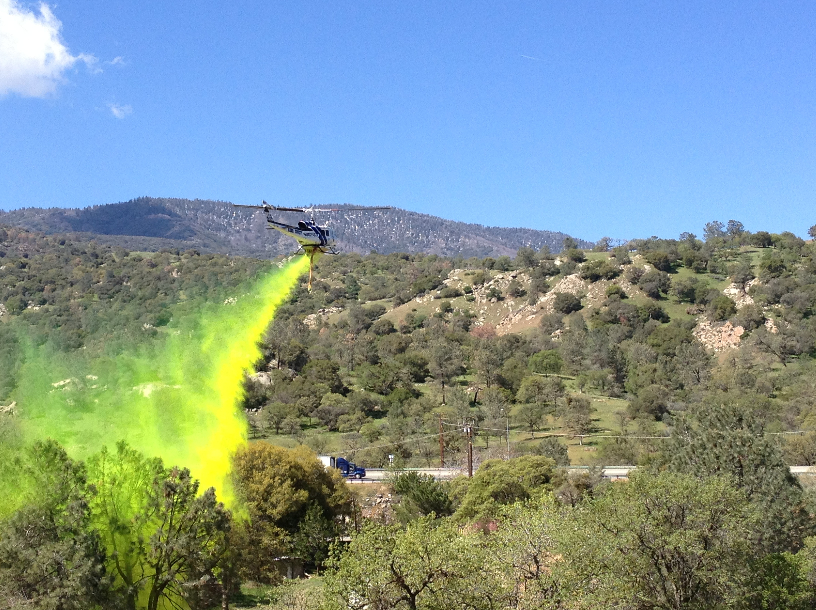 For decades, the Forest Service, particularly in the western United States, has been dropping red phosphate clay products from aircraft and helicopters. They are trying to provide long-term retardant for the leading edge of wildfires in an attempt to stop or slow the progression of a flame front.

In recent years, the use of these so called long-term retardants has come under attack by environmental groups and some in the fire service are questioning its potential environmental impact for the contamination of water sources.  Studies have shown that run off into water streams can cause a rapid increase in the formation of algae. One federal judge has even ruled that long-term retardant must not be dropped on or near a water source, unless human life is potentially threatened.

Recently, in addition to the environmental concerns, the U.S. Forestry Service has publicly stated that the use of long-term retardant is now under review due to the poor performance of the technology in actual wildland fire applications.

New gel technology, based on non-toxic and fully approved gel concentrate, mixes with water under high shear and has proven to be a viable alternative to long-term retardant.  This new classification of gel technologies are commonly referred to as Water Enhancers.

Water Enhancers have been tested in live fire air drop applications from both fixed wing aircraft and helicopters.  Gel technology is designed to hold the water on the grass, brush and other natural fuel sources helping water to be much more effective.

Nochar, Inc. has developed gel technology products which many feel is superior to other similar products on the market today.